We can proudly confirm that CEEP Connectors will be sponsoring Petersfield under 15 Ladies Rugby team for the 2020/2021 season.

Here’s a sneak preview of their new kit and some history on the club: 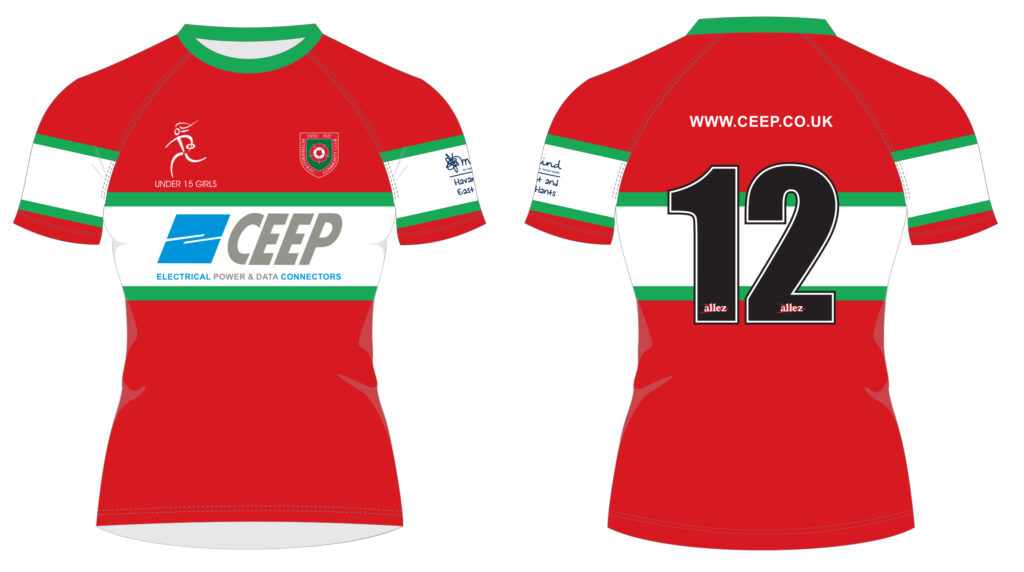 Petersfield Rugby football club was formed in 1927, at the instigation of Frank Guy, a former pupil of Churchers College, with which the club still enjoys an excellent relationship. Affiliated to The Hampshire Union in the same year, the club quickly became a focus for both sporting and social activity. In that first year, its vice presidents included five doctors, two clergymen and two ladies!

Petersfield’s long reputation as a highly hospitable venue for sport was rapidly established. The club minutes refer to a number of dances and the first dinner is worthy of note as “… it was unanimously agreed that the speeches and songs should be intermixed”. The club continued to grow and at the end of 1928 had 60 members, 25 playing.

By 1934 the club was running two teams and gained its first county honour when G.E.Twine was capped to play against Kent (Hampshire won 6-3). In those days players were “carded” the post being sufficiently rapid and reliable to ensure that players were aware that they had been selected for the next match.

In 1938 the club changed its colours to its well-known scarlet and white hoop and for the first time introduced training – in the form of PT classes at the Churchers College gym. Also in that year, Mr. K.Gammon is minuted as having “ bought an additional bath for 1/6d”. The club was by then playing on a field at Bell Hill and older members recall driving cattle from the pitch and removing certain offensive deposits before play could commence.

The AGM for the following year, 1939 was scheduled for early September but owing to an interruption and some unpleasantness with the Boche, was not held until 21st August 1946. Although the Bell Hill ground had been ploughed up during the war, the first match was played in February 1946.

The club affiliated itself to the Rugby Football Union in 1948 and in that year moved to Love Lane. It was now able to get back to running two teams. Post match facilities were provided formerly at the Volunteer Arms (later the Welcome Inn) and then latterly at the Red Lion. Since the changing rooms at the Volunteer Arms backed onto the coal-yard and the manager was a Vice-President, the club became very popular as one of the few places with constant hot water, owing to the boilers being stoked on Saturday mornings. For many years after, the club occupied a back room at the Red Lion in college Street. This used to be a popular place to break the journey for other clubs travelling home to Portsmouth or London.

As the club grew, the need was soon recognised to provide a more permanent home in town. In fact plans were well advanced to build a club at love Lane, when the Town Council decided to develop the Penns Place facility. The club moved from playing on three assorted pitches around the town to playing at Penns Place in 1979, and in 1989 Frank Guy, our founder member, officially opened our current clubhouse with a celebratory match between a Petersfield XV and Derek White’s Invitation XV being played.

The club has gone from strength to strength with the move to these playing fields and the development of the Youth Section, and it is proud of the fact that it provides rugby for an age range of 6 – 60. The senior playing strength is some 80 players, including ladies, and there are over 300 Mini, Youth and Colt playing members. Parents, and over 100 non-playing members, including Vice-Presidents, (who are a vital part of our club), make up the rest of the membership which overall, represents a true cross-section of our community.